Use the stadium map below to locate the seats you want. Only seats that are available will appear. To find available seats, hover over your desired section and click. This will zoom the map in and show available seats. Once you have located your preferred seat(s), simply click on it to add it to your order. Tickets are not removed from the available ticket pool until you click the buy button – so don’t delay.
July 31 5:05 PM vs Eau Claire Express
Stadium Map Key

The seat you selected is part of a group and must be purchased together.

Click OK to add the group or CANCEL to select a different seat. You will have a chance to review your seats again before checkout.

The seat you are trying to delete is part of a group that must be purchased together.

Click OK to delete the entire group or CANCEL to return to your cart.

How many tickets do you need?

items in cart
Your ticket locks have expired

YOUR TICKETS WILL BE RELEASED IN

Complete your transaction to ensure you receive these tickets. 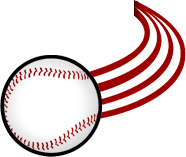 The holder assumes all risk and danger incidental to the game of baseball, whether occurring prior to, during or subsequent to, the actual playing of the game, including specifically (but not exclusively), the danger of being injured by thrown bats or thrown or batted balls, and agrees that the Northwoods League, the Rochester Honkers, member clubs, and players are not liable for injuries resulting from such causes.

General Admission Tickets: In the event that a regulation game (4 ½ innings) is not played and the ticket has been scanned upon admission, the ticket may be exchanged for another General Admission ticket for any future current year, regular season home game.

Gates Open In the event that a regulation game (4 ½ innings) is not played and the ticket has been scanned upon admission, the Sports Deck/Suite/Patio, ticket for the suspended game date can be exchange for another General Admission ticket for any future same year regular season home game.